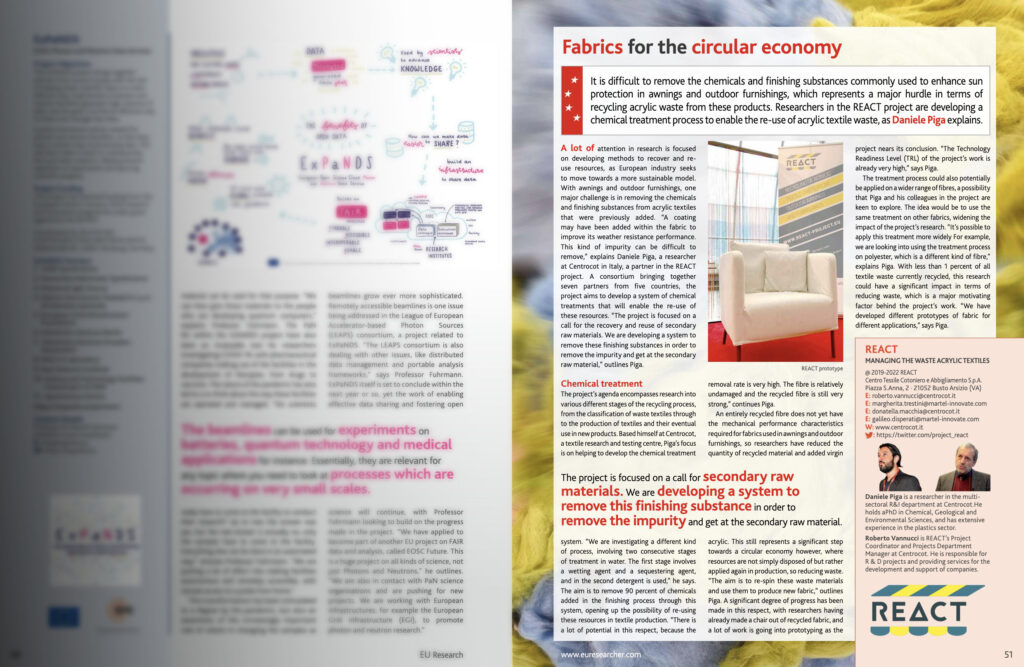 REACT has been featured on the 2022 summer issue of EU Research, a UK-based scientific magazine with a long track record reporting on EU-funded projects, publicising scientific research to push its long-term potential, whether that be commercial development or facilitating further academic collaboration.

The EU Research SUM22 issue, entitled “The necessity of science in uncertain times” focuses on sustainability, among other central topics building its overarching theme: an area which finds a perfect match in REACT’s objectives and achievements. The article (featured on page 51), revolves on an interview to Daniele Piga, Multisectoral and Innovation Researcher at coordinating partner Centrocot: offering both a big picture on how the project fits within the general scheme of Europe’s efforts towards an effective circular economy, and details on REACT’s own process giving new life to waste acrylic fibres.

The article can be read in its entirety at the following link: https://issuu.com/euresearcher/docs/react_eur31_h_res

To keep up to date on REACT’s developments and event participations until September 2022, follow the project on social media or subscribe to our newsletter.